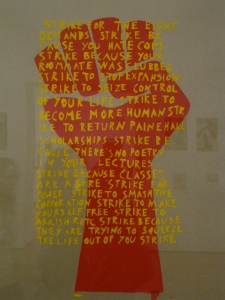 fist the powers that be

Branded deep in Harvard’s institutional psyche is the trauma of the 1969 student strike, when protesters occupied the president’s office and shut the school down. They were calling for an end to the University’s coziness with the US military, a black studies program, and no more expropriations of working-class housing — but beyond that, as the famous poster said, they wanted a different life, demanded “to be more human.”  In the strike’s wake, the University moved the president’s house to a far suburban street to prevent hostage-taking, delved more tunnels between campus buildings to facilitate escape, and formally invited women to join the student body, to keep the radicals distracted. Some distinguished and unnerved professors in the Department of English decided to experiment with thinking the way the demonstrators did. If you wanted to destroy Western civilization, they reasoned, where would you strike next? Naturally, you’d try to burn the card catalog of Widener Library, that comprehensive collection of man’s intellectual accomplishments, to render the lending system impotent and knowledge inaccessible to the race. So they recruited sympathetic colleagues to stand sentinel on our cultural heritage in shifts, and these tweedy, chalk-haired heroes took turns lurking discreetly around the catalogs, on guard lest some filthy longhair slip a Molotov cocktail into a drawer. I often think of this whenever I go to the reading room and see the seamless computerized system doling out books now. Barring a Chinese virus, civilization is safe. 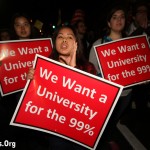 This history helps explain the University’s inept, paranoid response to the nascent Occupy Harvard movement, a few hundred protesters demanding an institution more open to the other 99%.  The institution has closed and padlocked the gates of Harvard Yard, stationed police all round as if it were a rather cushy Supermax prison, and barred access to anyone without a Harvard ID. As a public-relations move, this tends to reinforce the demonstrators’ point, that those outside the 1% aren’t welcome there. However, it’s a reminder that the fabled, shared, rich commonality of intellectual life has nothing to do with the University as faux community.  Harvard is private property — it is, in fact, quite literally a corporation, and proudly proclaims it’s the oldest one in the Western Hemisphere.  It can keep anyone off the grass it likes. The only one allowed to occupy Harvard is Harvard itself.

I’ve written here earlier about the “new enclosures,” the increasing privatization of public space: how much of what we might think is open territory in city and suburb is actually owned by somebody. And corporations buying up the commons can then severely circumscribe our ability to speak, protest, and assemble. It’s important to remember, though, that even space that is formally, legally public — streets, sidewalks, squares — usually comes with all manner of restrictions on who is allowed to use it or to appear there. In many cases these limitations are invisible to “respectable” users, whose looks and manners don’t transgress the written or unwritten rules. But for others, they are vivid and brutal. And it shouldn’t be surprising that a lot of these boundaries involve sex. 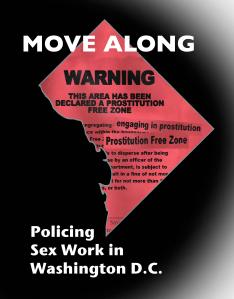 A new report by the Alliance for a Safe & Diverse DC,  “Move Along: Policing Sex Work in Washington DC,” shows some of these.  The US capital has passed new laws augmenting “an already stringent system of policing and “zero tolerance” for most forms of commercial sex in the city,” by restricting where sex workers can go.

The most high profile measure allows the Chief of Police to declare “prostitution free zones” (PFZs) in which officers have wide-sweeping power to move along or arrest people who police believe to be congregating for the purpose of prostitution. The PFZ concept was framed as an innovative tool to assist law enforcement in its efforts to rid the District of prostitution. In fact, the law simply legitimized previously existing arbitrary and discriminatory police actions directed at people believed to be engaging in sex work. 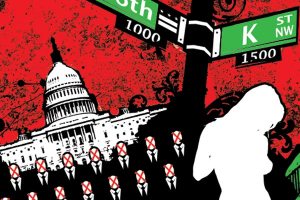 This is fairly astonishing. A “prostitution free zone” in the city one of whose streets (K Street, if you’re from another planet) has become a worldwide symbol of corporate bribery and corruption? Shouldn’t members of Congress and similar hustlers be banned from these moral precincts, as well as the working girls? It takes chutzpah.

The inevitable way these laws work is that police arrest anyone they recognize as a sex worker (usually, anybody with a previous arrest) when they’re spotted outside the “safe zone.” One stop from a cop can be enough to restrict your mobility for life. But this is an everyday and widespread way of regulating sex work and keeping the unwanted out of sight. Taiwan, for instance, claims a brand-new law is a liberal triumph that “legalizes” prostitution in certain areas. But in fact it eliminates sex workers’ freedom of movement — and is likely to increase prosecutions.

Taiwan has legalised the creation of red light districts in a bid to regulate the sex industry, but prostitutes themselves say the new law could actually worsen their plight.

Under the law passed by parliament Friday, local governments are allowed to set up special penalty-free sex trade zones, but outside them prostitutes will still be be fined – as, for the first time, will their clients and pimps.

The constitutional court scrapped the previous law punishing only prostitutes on the grounds it was unfair.

But so far no local authority has yet said it will create a legal prostitution area, leaving streetwalkers fearing they face the worst of both worlds.

The desire to set up a segregated sexual geography runs deep. The Dominican Republic is presently debating a proposed law requiring sex workers to carry government-issued cards certifying their health status, at all times. Their work would be confined to so-called “zones of tolerance” — an old but Orwellian term — and they would be restricted to living “in establishments away from residential centers, main avenues of the city and areas that have historical, artistic or cultural significance for the country.” At  a public hearing, a neighborhood association representative bemoaned the “shame” incurred

as a result of the activity of prostitution in the place.  He also considered as embarrassing and decadent the spectacles and misconduct made by women, homosexuals, and transvestites who sell sex.

A Dominican journalist calls the proposal a “mask of hypocrisy,” a breast-beating substitute for “improving the living conditions of the population.”

Part of the political genius of the Occupy movements is that they give physical, immediate, almost sensuous expression to the sense of exclusion so many economically and politically disenfranchised people feel. They sharpen the contrast between private property and common ground, expropriation and community, the high towers of financial privilege and the cold and open street.

It’s vital, then, to bear in memory the other despised and unwanted people who have been shoved out of the commons into the alleys and the prison cells: the sex workers, drug users, cruisers, vagrants, homeless, and the rest, all those whose bodies expose them to the lash of laws that for the rest of us remain invisible and unfelt. It’s critical (even as the right wing tries to deprecate and demonize the movement as a cover for rutting adolescents to make free love like rabbits) to recall that sex is entwined with money and power as a justification for exclusion. Occupy sex!  Own up to it and own it in all its diversity of forms and pleasures. Our bodies and desires need to be reclaimed for a human future too.