Today is the fourth anniversary of the Egyptian revolution. General Sisi’s regime has cancelled (“delayed”) any commemorations of a date it is indisposed to celebrate. Instead it is “mourning over the death of Saudi King Abdullah bin Abdel Aziz”: the corrupt mafioso who bankrolled the ongoing counterrevolution. Four years ago, Abdullah described Egypt’s liberation struggle thus: “No Arab and Muslim human being can bear that some infiltrators, in the name of freedom of expression, have infiltrated into the brotherly people of Egypt to destabilize its security and stability, and they have been exploited to spew out their hatred in destruction, intimidation, burning, looting and inciting a malicious sedition.” Now his Cairo acolytes anoint the foreign intruder a national hero. 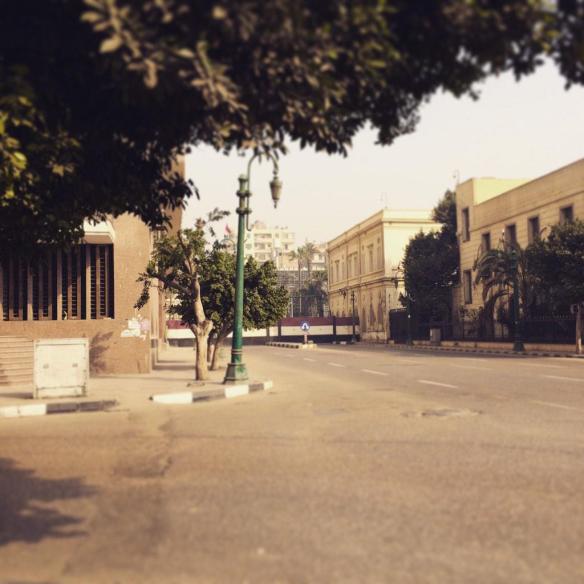 Today, Midan Tahrir is immune to infiltration, shut off with iron gates. The Ministry of Interior has deployed its forces everywhere. All Egypt is a crime scene.

At the end of my quiet residential street, two armored personnel carriers hunch like yellow toads, guns pointing at the traffic. Soldiers clutching automatic rifles flank them, their faces hidden behind sinister black balaclavas. They do not look like servants of a modern state. They look like fighters for ISIS. 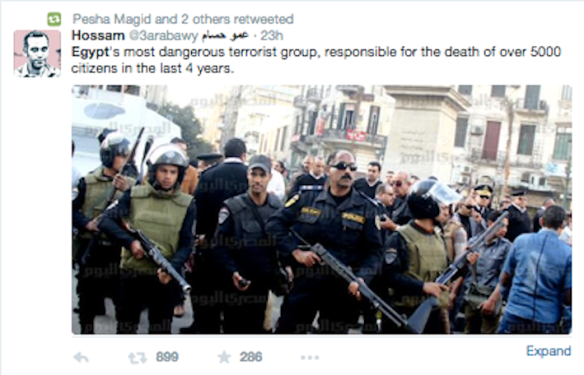 The gangs and militias that run this gimcrack imitation of a state are going about their business. The generalissimo enjoys himself this afternoon with the billionaires in Davos, trying to raise money for himself and his cronies. Two days ago the last members of the Mubarak clan still facing charges — his kleptomaniac sons — were freed from jail: “part of an attempt by a new elite under Mr Sisi to reconcile with Mubarak-era business and political interests which count the Mubarak brothers as among their own.”

Defeats spawn advice as birthdays do. Asef Bayat, the political theorist, tries to persuade the revolutionaries to remain in hope, here: “These are uncharted political moments loaded with indefinite possibilities, in which meaningful social engagement would demand a creative fusion of the old and new ways of doing politics.” And H. A. Hellyer writes about the longue durée, measured in decades, demanding “a real vision, underpinned by a genuine political philosophy, concerned about the next 10, 20 and 30 years.” There are still people on the streets today, standing and struggling, and I do not know whether they will read such exhortations. But some of them will not live that long.

So far this day, police have killed 14 protesters across the country, according to the Ministry of Interior’s official figures.

Clashes broke out in downtown Cairo between dozens of protesters and a group of civilian “thugs” in front of the Journalists Syndicate on Sunday afternoon. Police forces dispersed protesters and began to round them up and make a number of arrests. Eyewitness Shady Hussein said clashes started when supporters of President Abdel Fattah al-Sisi intervened in the protest and raised posters of the president, throwing rocks at protesters.

The Ministry of Interior dispersed protests in October 6 City and Maadi using tear gas, according to several media reports.

And of course: “Small groups of pro-Sisi protesters were reportedly asked politely by police to move elsewhere.”

Yesterday, Shaimaa el-Sabagh, a 34-year-old mother, an Alexandria journalist and activist with the Socialist Popular Alliance Party, came to Cairo and went to Midan Tahrir on a small march to lay a wreath of roses. Demonstrations are illegal. As she held a placard calling for “bread, freedom, and social justice,” police shot her in the face. She died in the square, in a comrade’s arms.

In death, Shaimaa joins Sondos Reda, 17 years old and also from Alexandria, killed by police on Friday in a demonstration supporting the Muslim Brotherhood. And they join some 1500 protesters whom security forces have killed since the July 2013 coup.

Today someone called the photograph of Shaimaa “already iconic.” But what does that mean? Too many people have been petrified into icons, while the powerful survive to die in bed. Here is Shaimaa with her five-year old son: 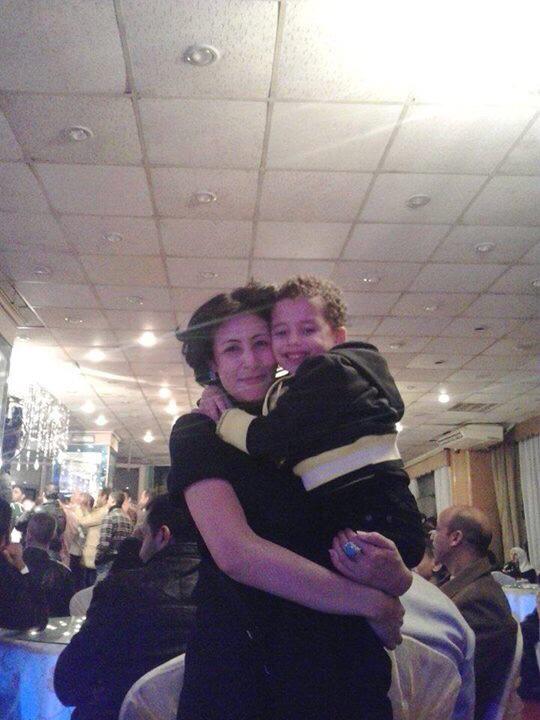 I have nothing to say.