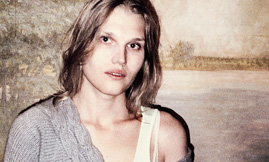 This article from Global Post, about a Swedish transgender woman’s experience of being sterilized as a requirement for gender-reassignment surgery, and her later fight against the practice, has given the issue welcome coverage at last.  Amazingly, a right-wing party representative says that “children’s interests” underlie the policy:

The conservative Christian Democrats oppose a repeal, as do the Sweden Democrats. Although their party is a minority in parliament, the Christian Democrats underpin the center-right government coalition. Their spokesperson Annika Eclund, describes the party line as “looking out for children’s interests” in a time when medical advances allow new reproductive techniques.

“There are limits to how much we should experiment with how life is created,” she says. “Every day I meet people who are seeking their identity and their background, asking where they come from,” she says. “Men don’t give birth to babies. A daddy can’t at the same time be a mummy. Just because you can, does that mean that you should?”