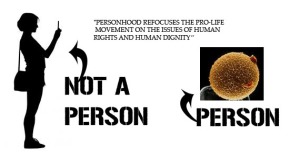 “Republicans believe,” said Barney Frank, “that life begins at conception and ends at birth.”  The US right wing’s obsession with the fertilized ovum, and indifference to human welfare once the human departs the womb, has dominated politics for forty years.  Now, a bit of  Scroogeish, misogynistic, anti-abortion nastiness by the Republican Congress has prompted the Obama administration to do something good for men as well as women, lesbians and gays and trans people alike. Here’s how.

Where to start talking about US law?  52 criminal codes are in force within its borders, an overall Federal code and one for each of the 50 states and the District of Columbia.  One launching point might be the Model Penal Code (MPC) — particularly because its most influential iteration, launched in 1962, is 50 years old this year.

The MPC was a reform proposal put forward by progressive attorneys, academics, and judges.  Criminal laws five decades ago were a mess. One study says lawbooks typically offered “less a code and more a collection of ad hoc statutory enactments, each triggered by a crime or a crime problem that gained public interest for a time.” They were so contradictory that a versatile reprobate who committed a serious offense while straddling an interstate border might have to be cut in half before the disparate definitions and penalties could be applied. The Model Penal Code became a template for reforms in the 60s and 70s, and helped bring unprecedented regularity and predictability to the jungle of statutes. It was one of the most influential documents in modern US history, rivaling the writings of Dr. Seuss, James Patterson, and Ronald Reagan.

when it comes to crime, all states are red states

Yet to understand US law today you also have to look at ways the MPC was ahead of its, and our, time –and some of the ways it fell short. On the former note: in the US today just over 50% of inmates in federal prisons are incarcerated for drug offenses, along with around 20% of those in state prisons; the number imprisoned under drug laws has multiplied twelvefold since 1980; as a result the US has the highest rate of incarceration in the world. It brings heartbreaking reflections on the police state we live in now to read that in the innocence of half a century ago,

the Model Code included no drug offenses. In an appendix to the Code’s special part, the drafters merely remarked that “a State enacting a new Penal Code may insert additional Articles dealing with special topics such as narcotics, alcoholic beverages, gambling and offenses against tax and trade laws.”

Talk about laws “triggered by a crime or a crime problem that gained public interest for a time.” When will the time stop?

One way in which US law has moved forward rather than back, though, is in gender. It’s not just Title VII and protection of women from job discrimination: the law has at least partly discarded notions of men as engorged agency, and women as protected victims. The Model Penal Code defined sexual offenses in patriarchal style, drawn from English common law. While the Code did favor scrapping sodomy statutes — and gave impetus to a movement that culminated in Lawrence v Texas forty years later — it defined rape as a male having forced “sexual intercourse with a female not his wife.”  Use of force was especially important to the Code’s definition.  The commentaries attached to the Code made clear that prosecutions should require “objective manifestations of aggression by the actor” — in effect, proof of injury, and, implicitly, concomitant evidence of the victim’s physical resistance.  It reflected a belief both that women were prone to inventing rape stories, and that refusing consent didn’t just mean saying “no,” but fighting back. (Undoubtedly, though, the 1962 Code’s drafters took into account how black men accused of raping white women — with well-publicized cases staining the early Civil Rights era — faced travesty trials and penalties including death.)

As one scholar says,

relatively soon after the Code’s 1962 publication, the Code’s sexual offense provisions … were already considered outdated. The rapid onslaught of the sexual and feminist revolutions of the 1960s and 1970s brought an intense momentum to change rape laws that the Code had, in part, either mirrored or inspired.

Over the next decades, most states moved beyond the Model Code, criminalizing marital rape and defining rape and sexual assault in gender-neutral fashion — so that rape of men, or of women by women, could be recognized as such. Bizarre provisions remain (Mississippi has a steeper sentence for “assault with intent to ravish”  if the victim was “chaste” beforehand) but the crazy-quilt is measurably less mad. Congress made the definition of rape in federal law (mainly covering military personnel) gender-neutral in 1996.

b) Damned lies and statistics

When conservatives won the 2010 elections, among their prime targets, predictably, was abortion.  “Republicans ran in 2010 on job creation and deficit reduction,” one critic says, “but have used many of  their newfound majorities across the country to attack women’s reproductive rights.” In state legislatures, they introduced almost 400 anti-choice bills by April 2011 — nearly twice as many as in the previous year.  At the national level, they went after federal funding for abortions.

The 1976 Hyde Amendment prohibited such funding except in case of rape, incest, or danger to the mother’s life. Congressional Republicans now tried tightening restrictions with the “No Taxpayer Funding for Abortion Act,” which the new House Speaker deemed a high priority. It proposed to eliminate federal funding except in the event of what it called “forcible rape.”  While the bill didn’t define the term, it clearly looked over its shoulder at the Model Penal Code’s stipulations.  It would have ruled out Federal assistance for statutory rape or date rape, or in situations where the victim was drugged, unconscious or mentally incompetent. In all these cases, Republicans would offer the fetus inflicted by sexual violence new rights, stripping the irrelevant woman of her old ones. “This bill takes us back to a time when just saying ‘no’ wasn’t enough to qualify as rape,” a feminist lawyer explained.  (The act also aimed to ban funding for abortions by incest victims, except for women under the age of 18.)

J. Edgar Hoover and Clyde Tolson: I can love him, but I can never rape him

The stealth attempt to sneak a redefinition of rape into Federal law failed — under furious pressure, House Republicans dropped the idea. But the conservatives had one argument in their favor. The “forcible rape” language existed elsewhere in Federal policy, if not in Federal law. Specifically, the FBI had long used the definition in its Uniform Crime Report (UCR) Summary Reporting System (SRS). Yearly, the FBI collects statistics on law enforcement around the country, and with these produces what the Justice Department calls “the national ‘report card’ on serious crime; what gets reported through the UCR is how we, collectively, view crime in this country.” Its information-gathering guidelines still referred to “forcible rape,” identifying it as “the carnal knowledge of a female, forcibly and against her will.”  The terms hadn’t changed since the salad days of J. Edgar’s FBI: they dated from 1927.

Feminist advocates had pushed to change the language for years, but it was probably the Republican revival of “forcible rape” that focused the Obama administration’s attention.   By mid-2011, an FBI committee endorsed replacing the Uniform Crime Report terminology. On January 6, 2012, Obama’s Justice Department announced, with some fanfare, that Summary Crime Reporting would use new guidelines in defining rape.

The new definition is:

The penetration, no matter how slight, of the vagina or anus with any body part or object, or oral penetration by a sex organ of another person, without the consent of the victim.

For the first time ever, the new definition includes any gender of victim and perpetrator, not just women being raped by men.  It also recognizes that rape with an object can be as traumatic as penile/vaginal rape.  This definition also includes instances in which the victim is unable to give consent because of temporary or permanent mental or physical incapacity.  Furthermore … the new definition recognizes that a victim can be incapacitated and thus unable to consent because of ingestion of drugs or alcohol.  Similarly, a victim may be legally incapable of consent because of age. …  Physical resistance is not required on the part of the victim to demonstrate lack of consent.

This does not change the laws that govern prosecutions — though the move, and the resulting statistics, may pressure jurisdictions that don’t define rape in gender-neutral terms, or persist with a definition based on force, to jumpstart legal reform. But, as the director of the Women’s Law Project says, the new policy means “properly measuring the extent of rape in America.”  The New York Times pointed out,

Many states have long since adopted a more expansive definition of rapes in their criminal laws, and officials said that local police departments had been breaking down their numbers and sending only a fraction of the reported rapes to the F.B.I. to comply with outdated federal standards. For example, the New York Police Department reported 1,369 rapes in 2010, but only 1,036 were entered in the federal figures. However, the police department in Chicago, which had nearly 1,400 reported sexual assaults in 2010, refused to discard cases that did not fit the narrower federal definition when reporting its crime statistics; as a result, the F.B.I.’s uniform crime report — which reported 84,767 forcible rapes that year — did not include any rapes from that city.

Transgender people will especially benefit. “Nobody counts trans people, ever,” activist and legal scholar Dean Spade said to me years ago. Every indicator is that they’re particularly vulnerable to sexual assault, but reporting as well as prosecution suffers from the contradictions around whether their gender identity is recognized, and whether rape is treated as gender-neutral.

Now it will be important to see whether acknowledging diverse victims of rape, including men as well as women, leads to disaggregated reporting of their identities in future Uniform Crime Reports. Who suffers sexual violence in the US? We have a chance to find out.