Government by speculum: Big Brother is examining you

Brazil has its first woman president, Dilma Rousseff, as you may be aware. Why, then, is a Brazilian feminist complaining that “The government wants to send Dilma into our bodies? I’m feeling stabbed anyway. And what is worse: in the back!”

Because Rousseff’s administration is cooperating with those black-and-blue forces, the Church and the Law, that want to find out exactly what is happening inside women’s organs. The day after Christmas, the President, along with the Ministry of Health, promulgated a new decree that creates –what should one call it?– a state-sponsored speculum, ready to inspect women’s reproductive systems willy-nilly.

Provisional Measure 557 (MP 557) creates a “National System of Registration, Tracking and Follow-up of Pregnant and Puerperal Women for the Prevention of Maternal Mortality.” It aims, so it says, “to ensure better access, coverage and quality of maternal health care, notably for pregnant women at risk.” And it mandates “universal registration of pregnant women and mothers, to enable identifying pregnant and postpartum women at risk, and assessment and monitoring of health care they received during prenatal care, childbirth and postpartum care.” Registered pregnant women will be eligible for up to R$50 (around $27 USD) in assistance. The measure states, in Article 19-J, that “public and private health services are required to ensure pregnant women and the unborn the right to safe and humane pre-natal care, delivery, birth, and postpartum care.” 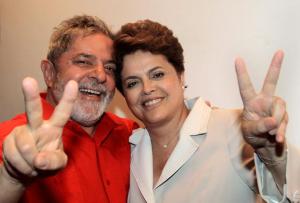 Past and present Presidents: Two kids in every womb!

It is, as Brazil’s authorities surely know, hard to criticize measures couched in the admirable goal of preventing material mortality. But the scary thing for women about this huge new surveillance mechanism is that the decree explicitly elevates “the unborn” as rights-bearers to the same status as the mothers. Brazil, which many calculate is the largest Catholic nation in the world, bans abortion except in the case of rape, severe genetic abnormalities, or danger to the mother’s life. Women face prosecution and prison if they terminate a pregnancy. Yet a 2010 study showed that one in five Brazilian women has had an abortion, and the Health Ministry estimates that 200,000 are hospitalized each year as a result of unsafe, clandestine procedures.

As opposed to its neighbors, Uruguay (which is on the verge of decriminalizing abortion) and Argentina (which saw a first-ever parliamentary debate on the subject last year), Brazil seems determined to reinforce its draconian restrictions.   According to Maria José Rosado, of Catholics for Free Choice in Brazil, a member of Congress has previously proposed a similar pregnancy registry, “declaring his objective loud and clear: to fight abortion.” The Chamber of Deputies is now considering a bill  to pay a pregnant rape victim who does not have an abortion a minimum wage until the child reaches 18 — creating what activists call a “rape pension.” 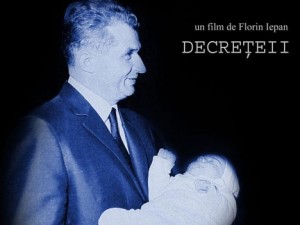 Nicolae and new Romanian: More of these, or else

Brazilian feminists show little doubt that MP 557, which was launched without any consultation with women’s movements, can and will be used to control reproductive freedom.The clear parallel to the new database in the land of “order and progress” is the practice of Romania’s defunct Communist dictatorship. Nicolae Ceaușescu, obsessed with raising his country’s birth rate, banned both abortion and birth control. He required all women of childbearing age to undergo regular, six-month gynecological exams. Someone who proved pregnant at one examination had to come back in half a year with a child, a bigger fetus, or a good explanation. So unpopular was the regime of pro-natal surveillance that the abortion and contraception bans were the first measures scrapped by Romania’s post-revolutionary government in 1989.

What Ceaușescu did in the name of nationalism, Rousseff pursues as part of a prolonged political flirtation with Catholic and evangelical forces. Feminist activist Fátima Oliveira says:

Unfortunately … Dilma, who is our first female president, is throwing in the trash all the commitments made by Brazil in the arenas of the United Nations in the area of ​​women’s health. Together with Brazilian women’s struggle for full health care and sexual and reproductive rights, which began in the military dictatorship. A setback of 30 years, unprecedented. …

I have the moral authority to say what I say now, because at the time of the Constituent Assembly [the 1988 convention that wrote Brazil’s democratic constitution], I have collected many signatures for freedom of religion in Brazil. I defend the right of everyone in authority to have the religion they want. Only that religion is a thing of personal intimacy, for domestic consumption. The religions of the rulers can not be the rule for  the exercise of public power. In public office, religious issues cannot be conducting public policy. …

It’s time to say to the government that our bodies belong to us and cannot be a bargaining chip with anyone.