Some of us hoped the acquittal of victims in Mona Iraqi’s bathhouse raid would resonate longer than a few days or weeks; maybe prosecutors and police, humiliated by the implosion of a showpiece case, would back off from their pursuit of illusory “perversion.” But that would be unlike this government. General Sisi, dizzy with his own powers, takes each failure as an opportunity to fail better.

On February 27, Al-Youm al-Sabbah (or Youm7), mouthpiece of the state’s morals campaign, headlined the arrest of seven “transsexuals” (motahawiloon genseyan) the night before. The vice squad, “under the administration of Major General Magdy Moussa,” found them “forming a network for practicing debauchery [fugur, the term of art for male homosexual conduct] in Cairo.” Youm7 included video interviews with the victims, chained together in the police station. It blurred their faces — usually, it flaunts them. But a photo the news organ posted on Facebook showed two of them, up close and clearly. I won’t reprint it here. The two seemed very young (one person with a little knowledge of the case told me some of the victims might be minors, but I’ve also heard that isn’t true). One of them looked utterly terrified.

Youm7 says that, according to Moussa, police followed the victims

through their web pages on social media, and have proof that they publish naked photos. He also confirmed that the administration has created fake webpages to follow up the activities of perverts [shawazz], which led them in recent days to organize meetings with them in a nightclub on Al-Haram [Pyramids] Road, where [they were told that] at the end of the evening they would be taken to apartments to participate in debauchery.

Haram Road in the Giza district of Cairo: Photo by Marwan Abdelrahman

Al-Haram Road is one of those points where the Cairo people live in confronts and copulates with the Cairo tourists see. A long strip of street stretched west toward the mauve haze where the old Egyptians believed the dead went, it carries the city’s smog out to lap at the haunches of the Pyramids. It’s a smear of lights and shabbiness like a cut-rate Vegas, full of seedy nightclubs patronized by Westerners taking a break from the ruins, and Gulf Arabs taking a what-happens-in-Egypt-stays-in-Egypt break from home. The American scholar Paul Amar has documented some three decades of political battles over the entertainment sites along the road.  Louche venues where foreigners and Egyptians mingle, they unnerve authorities by implicitly posing an alternative to a “national culture that is embodied most essentially in gender norms.” Between threats to bulldoze them, the government watches and polices the clubs and streets. (No wonder Major General Hassan Abbas, head of the vice squad’s “International Activities” division, also led the arrests — according to Youm7.) The El-Leil Casino is one of the area’s most venerable, and respectable, bars. It offers dinner and dancing, and a cabaret where some of Egypt’s best-known bellydancers perform.

The police grabbed the defendants there. One version I heard is that six were sitting at a table together. A transgender woman who was a police informer pointed them out to an undercover cop, who seized them. Although some of the victims may identify as trans, apparently not all do, and all were wearing men’s clothing. In the video, most of them deny that they knew each other before that night. The seventh defendant is a cisgender woman who was near their table. Reportedly she asked police what was going on, and they took her too. (Her interview on the Youm7 video seems to confirm this.)

If this is true, the Internet entrapment story may not be. Yet the police do seem intensely anxious about the Internet and how “perverts” use it. The video is salted with shots of trans women, seemingly from social-media pages. One defendant, dazed, suggests the cops interrogated him heavily about his online presence: “They took me while we were sitting and I don’t have any [Web] pages and I don’t know how to read or write.”

The story shows police increasingly bent on using the Internet — as trap or evidence — against anyone they suspect of being transgender or gay. Fears of prostitution (and its attendant exchanges across bodies, classes, borders) also simmer. The authorities say each of the victims “got paid about 3000 LE to practice debauchery” — about $400 US, the kind of price only a foreigner would pay.

Rogue journalist Mona Iraqi, of course, tried hard to exploit just such fears, latent but potent in an increasingly resentful, xenophobic country. In her last, self-justifying TV program on her bathhouse case, a month after the acquittal, she tried to “prove” the working-class hammam was a homosexual haven by citing English-language Google searches. And she still claimed that “sex trafficking” was going on there, mouthing the ominous syllables without a rag of evidence that any client had been exploited, or transported, or even aroused.

Yet the only bit of good news I can point to is that Mona Iraqi failed. Egypt keeps sinking deeper into authoritarian paralysis, but at least her discrediting continues; and she’s had a terrible month. In mid-February, while she was trying to pursue some sort of story on a private school, the headmaster– apparently made suspicious by her reputation — called the police and had her arrested for filming on the grounds without permission. Tarek el-Awady, a defense lawyer from the bathhouse case who has doggedly pursued her since, gleefully released the police report to the press. And a week after that, el-Awady’s complaint against her for libelling the bathhouse defendants bore fruit. Prosecutors charged Iraqi and the owner of the host TV station, Tarek Nour, with bringing false accusations against their victims. They’ll stand trial beginning April 5. 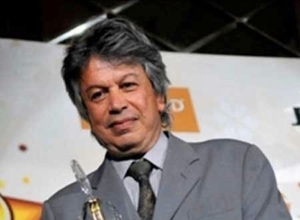 Don’t rejoice yet, though. In addition to the problems with Egypt’s repressive law on libel (it’s a criminal as well as civil offense, incurring up to one year in prison) there’s something funny here. A scent of political scheming always hung round the bathhouse case. The fact that Iraqi’s boss Tarek Nour faces trial as well adds to the intangible suspicion. Nour is not just a broadcaster. He’s the “emperor of ads,” the immensely rich owner and founder of Tarek Nour Communications, one of the first and largest private advertising agencies in the Middle East. (His TV channel is a handy side business; he buys the ads he makes.) A slavish camp follower of the military-industrial establishment, Nour was Mubarak’s favorite media maven, doing the dictator’s ads for the one (farcially) contested election he ever permitted, as well as for the presidential campaign of Mubarak stooge Ahmed Shafik in 2012. Then he ran Sisi’s advertising for both the January 2014 referendum on a new constitution, and the presidential race later that year. So close was he to the Generalissimo that a rumor even spread last year that Sisi’s reclusive wife was Nour’s sister — apparently not true.

So why is he on trial in this comparatively trivial case? Just maybe, the tycoon disappointed the tyrant du jour. Since there was no imaginable way Sisi could lose either vote, Nour’s main job was to gin up enough enthusiasm for a legitimacy-lending turnout: and he failed. In the constitutional referendum, Nour publicly promised a 60% turnout; in fact, it was under 40%. And the presidential ballot so humiliated Sisi with its low attendance that he was obliged to keep the polls open an extra day, so that a seemly quantity of voters could be bought, bullied, or resurrected from the dead. I doubt Nour will ever serve a day in jail, but it’s just conceivable the collapse of the bathhouse case gave Sisi an excuse to remind him that poor performance carries consequences.

Not hidden from me: Mona Iraqi on TV

I stress: I have no idea whether that’s true. But the diversion the speculation provides, absent any real knowledge of what’s going on, itself indicates how a certain kind of authoritarianism works. Egypt today is obsessed by secrets. (Mona Iraqi’s program, after all, is called “The Hidden.”) Everybody’s searching out obscure motives, untold tales; even private life, in a surveillance state, is spectacle. Intimacies, unblurred photos, inward lives, the contents of keepsake chests and password-protected pages, are rooted up and splayed for everyone to see. But in the process everything — justice, politics, private experience — turns into entertainment, a soap opera of conspiracy stories. I’m as easily distracted as anyone. And under the show the mechanisms of power tick on undisturbed: even more deeply buried, hidden.

While we were calling people last night trying to find out what happened on Haram Road, an Arab satellite channel droned in my living room, rerunning Running Man. It’s an Arnold Schwarzenegger movie from the Reagan era, about a dystopian world that forces convicted criminals to fight to the death in a huge, televised, wildly popular game show. (The Hunger Games stole the idea.) Those days, nobody had dreamed of reality TV. We laughed when the evil game show host barked into the phone, “Get me the Justice Department — the Entertainment Division!” That was then. I’m in Cairo now. The joke’s here.

The open road: Haram Road under development, in a photo probably from the 1930s, at Fatakat.com