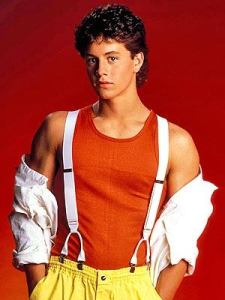 not this one, the other one

It seems impossible that there should be two men named Kirk Cameron who are both lunatic Christian fundamentalists, but it’s true.   One of them, the former teen star of the sitcom Growing Pains, now is in his forties. He tours college campuses denouncing Darwin; not entirely abandoning his art, he’s starred in the movies based on the endless Left Behind books, about godly action heroes fighting the Antichrist after the Rapture. The other Kirk Cameron, perhaps a duller fellow, is a statistician in the fundamentalist resort town of Colorado Springs. Not any normal statistician, no. He cooks up figures (remember Disraeli on statistics? “Lies, damned lies…”) to support the anti-homosexual ravings of his father, Paul Cameron.

Paul Cameron!  Paul Cameron is an ex-psychologist — almost thirty years ago, the American Psychological Association expelled him. He runs his own think tank, if that is the phrase, out in Colorado: the Family Research Institute, a wellspring of anti-gay vituperation. (Sample quote: “Gays are an octopus of infection stretching across the world. Fresh, undiluted pathogens are its daily food and excrement. Most gays are veritable Typhoid Marys, pursuing and being pursued by others as biologically lethal as themselves and having sex in settings unrivaled for stupidity and squalor.”) The right wing cites this as “research,” and he appears as soi-disant expert in campaigns and trials alike. One journalist writes:

His detailed descriptions of diseased sex organs have been repeated from the pulpits of the religious right. Thanks to Cameron, church audiences across the country have blanched at the thought of gerbils crawling up rectums, which he describes as a gay sex practice.

He has advocated quarantining gays and literally branding AIDS victims with the letter “A” on their faces. He makes a point of noting that other societies have called for the extermination of homosexuals. Accused of advocating the killing of homosexuals, however, Cameron replies, “That’s not true. All I said was a plausible idea would be extermination. Other cultures have done it. That’s hardly an endorsement, per se.”

Switch to Moldova.  (If American homosexuals, busy exchanging pathogens and rodents, know anything about this place, it’s because it was the scene of the wedding massacre in the 80s camp soap Dynasty. Or have those nibbling gerbils eaten away their rectal memory cells completely?) Moldova is a splinter of a country between Romania and Ukraine, a point of contention between Russians, Turks, and others for centuries, and one of the poorest states in Europe. An anti-discrimination bill that prohibits unequal treatment on grounds including sexual orientation is before its Parliament, due for debate at month’s end.

In the days before the debate starts, Paul Cameron is coming to town. An e-mail from the Alianţa pentru Salvarea Familiilor din Moldova (Alliance to Save the Family in Moldova) announces that the “U.S. sociologist, founder and president of Family Research Institute” will stay from October 24-29, and “will share the U.S. experience in implementing anti-discrimination legislation.” There will be a roundtable with “representatives of various parliamentary committees, ministries and other institutions of the state,” plenty of lobby meetings with lawmakers — and, of course, media will be saturated with Cameron’s fake statistics.

This is not his first visit to Moldova. In 2008, he came through to preach about the dangers of anti-discrimination laws.  An Orthodox priest who translated for him describes his message:

According to what Dr. Paul Cameron said, it is necessary for every woman of a nation to give birth to 2.1 children, so that that nation may perpetuate, while in the Republic of Moldova, every woman gives birth to 1.3 children. In this way, the population of Moldova will be halved in 35 years. Among the factors that have brought us to this demographic disaster, it is so-called “woman’s emancipation”, that gave such a position to a woman, that she prefers a career, studies, etc. to giving birth to children and being a mother. Among other factors are the spread of the imposed immorality and especially, the promotion of so-called “rights of sexual minorities”, i.e homosexuals, that don’t contribute in any way to the perpetuation of the nation or to the wellbeing of the society.

Here, for those who forgot to order a horror film from Netflix for Saturday night, is a video of one of his lectures in Chisinau.

We’ve seen this before: in Uganda. The overlap is large. Cameron’s bogus research has been cited again and again by proponents of the “Anti-Homosexuality Bill” there. And US evangelist and fellow madman Scott Lively, one of the main motive forces behind the Kampala proposal, also came to Moldova in March of this year to oppose the non-discrimination legislation. He warned of an “outbreak of homosexuality.” He offered his own definition of “discrimination”:

“But God is in control and it was Divine Providence that I’m in this country in this period and can contribute with tips and ideas to stop this evil. … If you stay silent and indifferent, and this law goes forward, everything related to Moldova will change: all your children will be indoctrinated in perversion. Some will become gay, many will become gay, but all of them will change their values, and then everything that happens in the West, all the sexually transmitted diseases, perversions and other bad things that occur in the West, will take place in your country.

“I want to tell you something interesting. You have long been part of the Soviet Union. In fact you were in a fierce communist captivity. You have independence and freedom today, and God came into people’s lives and many positive things have changed in the country. But now the European Union tries to lure you to enter her captivity, and this is gay bondage. They are in control.” (My own translation from the Romanian)

Here is Lively on Moldovan TV (they call him “Lively Scott”):

Moldovan human rights activists fear Cameron’s visit, coming immediately before the Parliamentary debate, “will have again [a] very big negative impact on the public acceptance of the law in general, and discussions with the parliamentary commissions will supply them with erroneous arguments against the law.” Again, the U.S. is exporting deception and hate to a country where desperation can feed on them.

But there is a denominational difference, as it were, between Moldova and Uganda.   The anti-homosexual agitation, and bill, in Uganda were the product of indigenous evangelicals, who spoke a very similar emotional and religious language to the Scott Livelies whom “divine providence” brought them.  But Moldova is 96% Eastern Orthodox, so are most of the groups ( such as Christian Moldova) fighting the law, and the Orthodox Church has a testy relationship to American evangelism.

North American missionaries are all over Moldova like maggots on spoiled meat. Google “Moldova” and “missionary” and you’ll find hundreds of evangelical outfits that have planted themselves in the country, from small mom-and-pop affairs to glossy God Squads. I saw a similar inflow when I lived in Romania almost twenty years ago. Poverty draws them; they know in their guts that their message is manna to the poor. But so does post-communism. They came to Romania, as they come to Moldova now, convinced that Communism simply exterminated religion in the country, and that it’s an open field for them among the benighted, cannibal survivors of atheism’s reign. They’re canny in their way; but they know even less about the country than Dynasty fans do.  (Lively’s own comments, above, show how Communism is the prism through which they interpret anything they grasp about where they are.) They arrive with little idea there are domestic religious traditions with roots and strength. The situation is set up for nasty competition.

The Orthodox Church has its own problems. For one thing, there are two of them, churches I mean — one division for Russian speakers, one for Romanians. Their political clout has been damaged by declining religiosity among the young. They look on the flood of missionaries with envy and rage.

Yet the church also looks for what, in the United States, would be called wedge issues: to mobilize the public on its side, and reassert its political power. Homosexuality is a perfect one. And if they can borrow rhetoric, arguments, pseudofacts, megaphones and manpower from American evangelicals more experienced at pressing this particular red button, they will.

So there’s an uneasy, not to say unholy, alliance. I wonder whether, in the longer term, there is a way to exploit the diverging interests of the evangelical Livelies and the Orthodox prelates.  Can anything be done to promote a split?  Finding out exactly what American evangelicals say on their websites, or preach in their churches, about unsaved Moldova might be one way: do they insult the Orthodox in asserting the urgency of their missionary work? I don’t know.

In the meantime, though, Cameron’s visit impends.

N.B. Greg Herek, a professor of psychology at UC Davis in California and an expert on homophobia, has compiled a fact sheet and other information on Paul Cameron and his checkered career, for use in refuting his claims. Check it out; I’ve already passed it on to Moldovan activists.