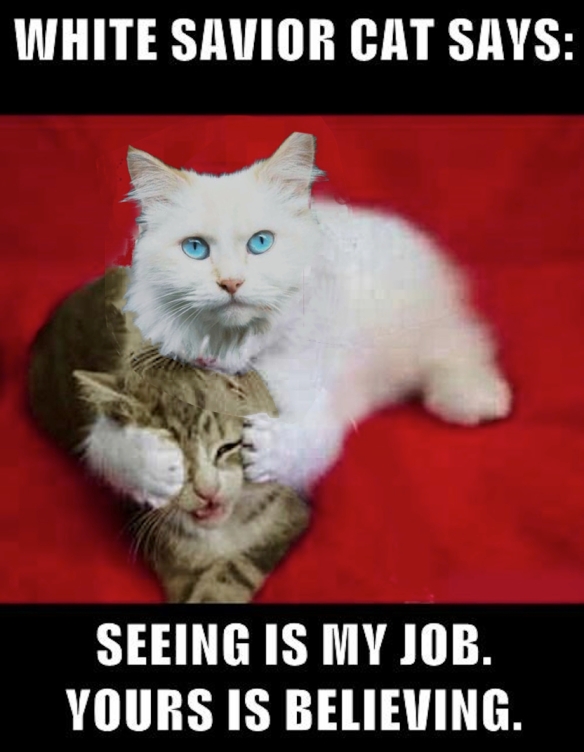 The Cynthia Nixon scandal roils on. I’ve stopped keeping count of who’s blaming her for what these days; the last I heard, she was responsible for kids being electroshocked in Tennessee. Loose lips sink ships; but it seems that Cynthia’s, like a Helen of Troy in reverse, have torpedoed a thousand of them. It all reminds me a bit of G.W. Bush’s press secretary, in the chilly first days of our War of Terror, warning critics that “people have to watch what they say and watch what they do.”   I am not sure that Guantanamo has a cage or two for loquacious actors, but I gather some folks wish it did.

In discussing the affair, Andrew Sullivan graciously linked to my own post, and the question of what would happen if we treated sexual orientation like religion, “a decision so profoundly a part of one’s elected and constructed selfhood that one should never be forced to change it.” He added:

Of course, I don’t actually experience my faith as a choice, in the usual sense of the word. It feels as deep a part of me as my orientation.

Those two sentences rang true, and they pointed me to a basic question. What do we mean by “choice,” anyway?   There are certain cultural horizons that define people as much as any biological ones do.  And thinking about these things can make the concept of “choice” seem inadequate as a way of grasping how human beings act, decide, and are.

It’s inadequate, at least, if taken in the way we moderns tend to treat it, as a pure act of untrammeled freedom, occurring on an abstract plane vacated of constraints or pasts.  Andrew has stuck with being a Catholic despite the Church’s best efforts to make people like him pariahs. Is that courage, or acceptance? I would bet at some point he has expressed this as “I choose to be a Catholic because” … But I would also bet he has expressed it as “I can’t imagine not being a Catholic because…” Both seem to me equally valid ways of saying much the same thing – equally true pictures of the same situation, only seen from different aspects, like the blind men groping the elephant. We don’t always choose by making pure, existential leaps in the dark, like Kierkegaard or Lord Jim. Sometimes our freedom consists in staying rather than in going, though to stay means embracing the conditions that formed us and limit us. Sometimes we choose by being, not deciding.

For myself, though I am certainly not a practicing Christian, though I was not raised in an especially devout family, and though I believe virtually nothing of Christian dogma, when I’m asked about my religion I almost always describe myself as Christian – because certain aspects of a religion that in other ways I loathe form my horizon still. The myths of resurrection and redemption are deeply if inarticulately ingrained in me,  frames of hope and mercy through which I understand the world. (I have tried telling people I’m an “agnostic Christian,” but it nearly always makes everybody terribly mad.)  I confess to a mild, instinctive mistrust of people who convert from one whole religious tradition to another: Muslims who become Christian, or Christians who become Hindus, switches like that.  (I make something of an exception for Buddhism, since it is less a religion than a philosophical stance.)  At some gut level I feel you can lose your religion and become an atheist, but you can’t just take on a completely different tradition, with all its weight and taboos and cultural baggage. Such converts appear to me at times like followers of Gilbert Osmond, the cold-blooded collector of culture in James’ Portrait of a Lady, who said that if you happen to find yourself one day without a tradition, it’s incumbent on you to purchase a new one as rapidly as possible. But that won’t work!  I feel like shouting. You can scrap your original one, but that doesn’t mean the new one you try to own will own you.

Objectively, I realize this is completely silly. To change your beliefs in one compartment of your life doesn’t make you a luftmensch (a person of the air, as the Nazis called the supposedly rootless Jews). Anyway, there’s nothing wrong with being a luftmensch.  Air is healthy. My point is that I feel a weight, a drag, of resistance to the idea that choice is unconditioned, and I feel it in areas completely apart from the putatively destined, determined realms of sexuality or desire. There’s not some simple antinomy where genes decide a part of who we are, and all the rest is up for grabs. Everybody has their arenas where they feel freer, and others where they feel fixed. Our histories decide them, not just some biological allotment.

Another instance: I know I am and will always remain a middle-class American. Being rich or being poor, moving to another country, even changing my passport wouldn’t alter that. Wherever I’ve lived outside the US borders,  I’ve always eschewed the American expatriate scene. You don’t go abroad in order to make new American friends.  But from time to time, every couple of months or so, I found I needed to talk to my fellow countrypeople. Not to share political chat, or explore our economic interests, or voice some gross contempt for the locals: But because there was a subtler if more trivial common horizon of pop culture, of gestures comprehended and jokes understood, of TV commercials we watched when we were kids.  I needed that to remind me of who I was. Living in Romania, I might have a lover who was Romanian, and we might understand each other better than anybody else in the world did. But he still didn’t know why the silly rabbit could never eat Trix. Sometimes I needed to talk to people who knew that Trix was for kids.

It’s strange I should feel this about religion or nationality, by objective standards fairly contingent things, when I firmly believe we can change our genders. But gender, when it’s assigned to us at birth, isn’t given us with a history. As we grow up, it takes on all kind of symbolic meanings, but doesn’t necessarily acquire a past.   Being a “man” doesn’t require associating yourself with the whole history of manhood (some model figures, yes, but manhood itself doesn’t have a story). It’s forward-looking. You will become a man, fathers tell their sons, you will grow into manhood. Gender is a project, a perpetual becoming. It’s easier to abandon a future than a past. By contrast, faith and class are part not just of our personal histories, but of the immensely longer history behind us. Some people can liberate themselves from that history to greater or less degrees; some don’t want to.   But whether any one area of your life has been thus liberated as against another is, perhaps, a morally neutral question. What Kant called the project of autonomy, the task of ridding yourself of the vast weight of the given, is necessarily partial. No one can ever denude herself altogether. Recognizing that you can never place all your life under the dominion of choice, you must choose where you will strive to exercise your choices.

Our language around “choice,” and “freedom,” is terribly impoverished. By “ours” I mean “us Americans”: but also parts of the LGBT movement in many places around the world, which have got their vocabulary and a fragment of their worldview from an American definition. This is one consequence of being from a place where choice is so valorized, so elevated as the sole intent of life, that no one bothers to define or interrogate what it means. We either imagine that choice is completely free, untrammeled,  taking place in a vacuum –or that we’re completely constrained, controlled,  defined, overdetermined creatures of an implacable destiny. It’s obvious, and yet hard to articulate, that neither is true.  It’s telling that one side in the most extended U.S. political battle of the last forty years couches its advocacy in terms of the “right to choose.”  It’s never the right to choose something – to have an abortion or not, to carry a child to term or not. All that’s elided, as though “choice” summed up that and everything else that could be said. Certainly, this rhetoric was field-tested for palatability and persuasiveness, and I cringe to cavil at it. Equally certainly, controlling reproduction opens up for women a whole repertory of other choices that would otherwise be closed.  But insistently reiterating a right to unlimited choice must turn many a listener’s mind to all the things she never had a choice over: the hand-me-down clothes in childhood, the crappy carpet that came with the house, the job, the husband. And with that comes resentment, a feeling such choice is less a right than an invidious privilege.  Has this whole strategy worked out the way we planned?

The truth is that we choose; and we choose from a repertory that our pasts have given us; and we choose as beings who are already endowed with histories behind us, not sprung fresh and new from Jupiter’s head or the half-shell.  We bring our lives to our choices. What would they be worth otherwise?

Being in love is a bit like what I’m talking about.  There has to be an element of free will in it, otherwise nobody would want your love. To be sure, nobody in love feels entirely free. Nobody deludes themselves they’re in full command of their feelings. Yet who would wish to be presented with an attachment that’s just a bundle of involuntary drives? Who would like to be told, “Honey, my hormones selected you,” even if they get a bouquet of roses into the bargain? From one side it’s an unstoppable passion, but that’s not the only aspect. The side from which we can say we chose the loved one represents our respect, not just for them as deserving objects of desire, but for ourselves as reasonable beings who deserve to be desired back.    And yet, of course, it’s a determined choice. And of course, love opens up a Pandora’s jewelry box of further choices everyday: To stay or to go, to accommodate or argue, to speak or be silent, to share or not to share.  In our intimacies where we struggle most to be ourselves, choice and compulsion are inextricably intertwined. 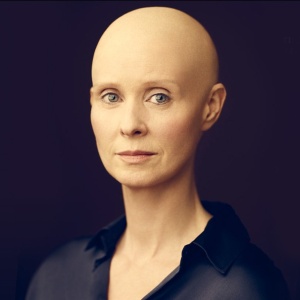 Nixon in "Wit": The bald truth

Maybe we in the United States need a bit more Edmund Burke, to ground our sense of freedom in a context.  Burke understood that when we vote our ancestors vote with us: that we are inheritors of history, not just its inhabitants and masters.   But that knowledge is not just a property of the Right. Marx too grasped that our consciousness is conditioned, that history makes us before we can make it.

Nor do philosophers map the only road to realizing this. A poet or two has been there first. These days Cynthia Nixon is reading John Donne on Broadway (the New York Times, which exposed her heresy on “choice,” gave her a glorious review to make up for it).   Perhaps, in her private moments when the audience is gone, she also whispers to herself some lines from Auden:

Wandering lost upon the mountains of our choice
Again and again we sigh for an ancient South,
For the warm nude ages of instinctive poise,
For the taste of joy in the innocent mouth. …

We envy streams and houses that are sure:
But we are articled to error; we
Were never nude and calm like a great door,

And never will be perfect like the fountains;
We live in freedom by necessity,
A mountain people dwelling among mountains.