The Ogre does what ogres can,
Deeds quite impossible for Man,
But one prize is beyond his reach:
The Ogre cannot master Speech.

About a subjugated plain,
Among its desperate and slain,
The Ogre stalks with hands on hips,
While drivel gushes from his lips.

(N.B. Auden wrote the poem about the Soviet invasion of Czechoslovakia. Although he was politically conservative by this late point in his life — and supported the US war in Vietnam — some suspected it might also refer to the police violence at the Democratic Convention in Chicago in 1968.) 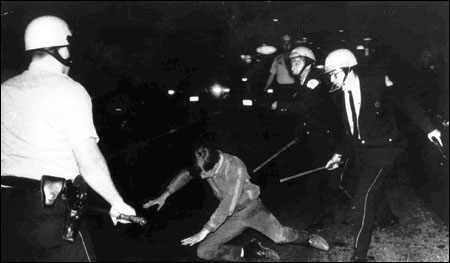