On June 30, the United Nations Human Rights Council in Geneva passed a resolution establishing an independent expert (a special investigative mechanism, a slightly weaker title than the more usual “special rapporteur”) on sexual orientation and gender identity. Although you wouldn’t know it from most of the news reports, this move was controversial within LGBT movements. Some pressed for UN action against a wider range of abuses, for a recognition that issues of sexual and bodily autonomy are difficult to disentangle or to fit into convenient identity boxes. The final outcome occasioned celebration even as it raised questions. What are our movements’ relations to power? When are we agents, when are we patients, when are we acted upon and when are we actors in our right? What happens to us and our own autonomy when we derive our power from the agendas of “friendly” governments vastly and more malignly powerful than ourselves? How will the power we experience in the rarefied air of Geneva actually help those outside?

A post by Gabriel Hoosain Khan, a South African human rights activist and artist, dealt with some of these questions. I am publishing it here with his permission.

I am bewildered by the myth of Cape Town. As I drive on the N2 towards Khayelitsha – I know that the pretty green boulevards and the old Victorian houses will soon erode into an endless plain of informal settlements. I forgot that truth (again) during the previous night as I ate Bobotie and sipped wine in Observatory – the truth that Cape Town is not that pretty city on the southern tip. It is easy and gross privilege that allowed me to forget. Cape Town instead runs far up along a spine towards Somerset West, with dirty lungs on either side of the highway – letting the city inhale a poor black workforce every day, and roughly exhaling these workers every eve.

It is this binary which tints my perception of the recent vote at the UN on SOGI. This binary between the facades we sell about cities and processes and resolutions; and the realities of the communities on the ground that don’t taste the pleasures of the façade. In Cape Town, Camps Bay, Claremont and Seapoint are pretty and some of the safest areas in South Africa; while tens of kilometres away Gugulethu, Khayelitsha and Nyanga have limited access to sanitation and remain some of the most dangerous areas in South Africa (and the world). In Geneva it might be possible to celebrate a human rights gain – but that gain seems far removed from the room in Khayelitsha where I met three LGBTI youth groups last week. The beautiful paneled ceiling in Geneva (which I have seen in pictures) is unimaginable from the crèche where we meet – a zinc structure with no electricity, little furniture or flushing toilets.

Main meeting chamber of the Human Rights Council, Palais de Nations, Geneva. No one has ever explained to me what the ceiling, an apparent emanation of the Borg, is supposed to mean (SL)

In writing a reflection on the latest resolution on SOGI at the UN – I in no way seek to denigrate the good work of colleagues and comrades engaging that space. I acknowledge that work at the UNHRC and with other international bodies is needed. The hard work of colleagues, the self-reflexive strategies, the guidance given to me and others by those working at the UNHRC, and their patient willingness to engage that space is acknowledged. That being said, I have been uneasy: uneasy with quick celebration, unconvinced with activist praxis at the UNHRC and other international spaces, uneasy with an LGBTI-politic which is not truly intersectional.

While I acknowledge the importance of being visibly queer at the UNHRC – foregrounding particular and unique experience as LGBTI people – I wonder what it means to separate that from the rights of women, sex-workers, the unique challenges associated with race, and class – or the realities of culture, geography and poverty? For example, what does an independent expert mean to a black gender non-conforming woman tortured by police in Zimbabwe? How do we separate out a colonial era law from contemporary arbitrary detention; how do we separate out practices of torture from the unique gendered violations?

While I acknowledge the standard-setting power of international bodies, I wonder whether these standards ever trickle down to states, and more so whether domestic standards ever trickle down to those communities who are most vulnerable. For example, how has UNHRC resolution 17/19 [the first UN Human Rights Council resolution devoted to sexual orientation and gender identity, passed in 2011] affected change at a domestic level on the African continent – do we have evidence that it made things better? If these resolutions and even treaties are not binding – what is their utility? What is the relationship between a document approved by states at the UNHRC and an individual who may not have knowledge or understanding of that council?

While I acknowledge the need for an international standard which protects the basic rights of humans (as manifest in the UN declaration of human rights), I notice how this standard is used in a manner which is unbalanced. For example, while much focus of the UNHRC often lingers on states in the global South, the actions of states like the USA, UK and others remain unscrutinised and their leaders not held accountable for their gross human rights violations. How do we hold to account states in the north with equal vigour for their contemporary and historic crimes (cough: reparations for slavery and colonialism).

In a strange way, the human rights context is similar to the myth of Cape Town. Whilst we may celebrate a human rights gain which mandates an independent expert to maintain focus on SOGI at the UNHRC in Geneva — in the same breath, in Baghdad, two hundred people die in a car bomb attack. I wonder what our wins at the UNHRC mean in the context of Syrian refugees, or landless Palestinians, or the 10 years of violence in Iraq. What do our SOGI/LGBTI/queer/trans strategies (as linguistic, interventionist and economic practices) achieve at the Palace of Nations, when the constituencies we work with (in Khayelitsha, in Gugulethu, in Nyanga to name just 3 localities) remain in circumstances largely unchanged? I remembered this poem: 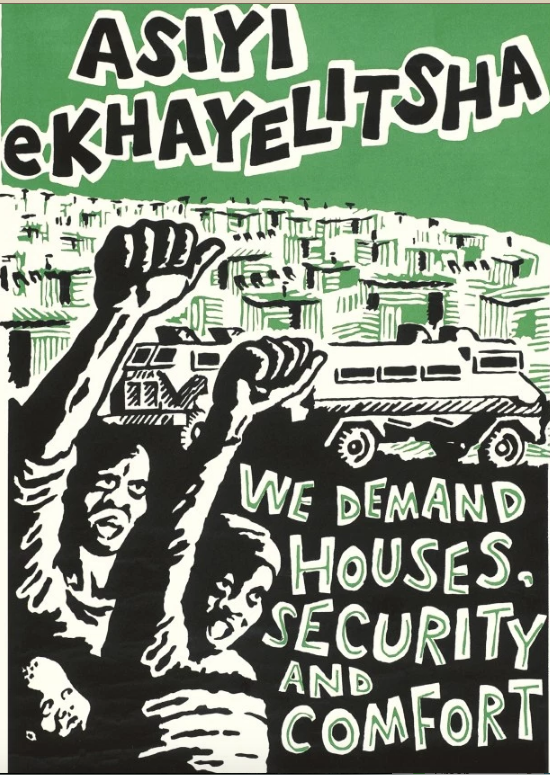 I might be a little cynical here – we have seen positive changes on the continent – but these have been slow. I guess I am keen to reflect on the political implications of human rights strategies which centre efforts in a language palatable to the global North. I muse on Fanon’s words — “Europe is literally the creation of the Third World” —  as a guide: to the way human rights as employed reinforces the metaphorical normativity of “Europe” or “the west” or “the global North” as a white, liberal and civilized measure of humanity. I guess I am trying to examine SOGI/LGBTI/queer/trans strategies as practices (linguistic, interventionist and economic) which do not trouble the normativity of a human rights discourse that leaves colonialism, racism and global north exceptionalism largely unchallenged.

In using human rights without examining the racist/colonial/exceptional manner in which it is employed:

In a way this myth of human rights has little to do with the messy colonial, racial, gendered, sexualized, classed realities of humans.

It says we deserve a piece of this myth whilst only affording this myth to a few bodies, and leaves largely unchallenged the global colonial/racist systems which perpetuate gross human rights violations (on and beyond LGBTI bodies). I wonder if we can challenge this normative trap of human rights . A normative trap which allows states like the US to talk loudly about human rights, whilst the indigenous peoples of that state and their leaders still do not have representation in that same UNHRC space? A trap which allows the Syrian government to have space and power at the UN whilst that same government has killed 12044 civilians in 2015? A trap which led me to think about SOGI/LGBTI/queer/trans issues in Khayelitsha as somehow separate from access to sanitation, electricity, quality education, public safety and street lights? I find this all very troubling. 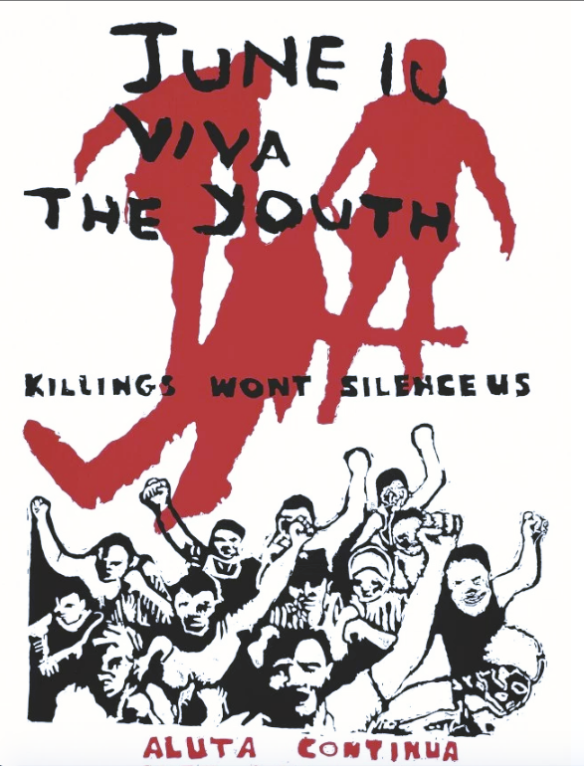 I take a sip of my caffeine-filled cappuccino and feel a little guilty (I am meant to give up caffeine for Ramadan). Last week in Khayelitsha I met with youth groups using creative methods to empower LGBTIQ youth. One group used drama to document the history of local words and stories about LGBTI identities. Another, called Cape Inspirations, was a choir – they used song to build confidence in LGBTI youth and build community among vulnerable youth. Ikhewezi youth group used theatre – they performed a play inspired by the violence in Orlando; their play explored local experiences of homophobia and violence against women. In Mannenberg, I met two groups providing safe space for LGBTI people in a neighbourhood with high unemployment rates, plagued by gang-related violence. The Reach for Life Foundation provided much-needed shelter and psychosocial support to LGBTI youth; Behind the Red Door highlighted the prevalent and interconnected struggles of drug and alcohol abuse, HIV and homelessness among LGBTI youth. I visited both on the day the vote at the UN was being negotiated. Neither knew about the resolution, neither engaged the UN in any manner and neither had strong opinions about the vote. More importantly, neither were consulted by LGBTI organisations about what they wanted.

This highlights a limitation when it comes to our praxis as SOGI/LGBTI/queer/trans organisations. In attempting to engage with these international bodies – what do we lose? Lose in our purpose and mode as civil society actors; actors who unlike states should be giving voice, opportunity and space to those who are most vulnerable? If these positions do not represent the groups or ideas of those who are most vulnerable – or even engage those who are most vulnerable – whom do these positions represent? I wonder about this practice of negotiating at the top (for things we supposedly need or don’t need; for language we supposedly use or language with limitations) in a manner which does not engage the modes and ideas of those we still position at the “bottom”?

In South Africa – we too were easy to celebrate: our new constitution in 1996; which enshrined non-discrimination on the basis of sexual orientation, and the laws which followed (in quick succession) moving LGBTI from identities criminalized before the law – to legal equality. Even with these changes – I wonder who enjoys that freedom – the suburbs which have always been safe and affluent cupped in the bosom of Table Mountain – do enjoy some semblance of freedom that is coloured white and affluent and gay. But those in Khayelitsha and Mannenberg live a reality in many ways similar to before those laws passed. LGBTI people in Khayelitsha and Mannenberg complain of the same issues thet faced before the first SOGI resolution passed at the UNHRC in 2011. I am trying to make sense of this binary.

The Bagdad bombing — when over two hundred people died in a commercial district in Baghdad — marked a somber closing to the month of the 32nd UNHRC sitting, but also to the month of Ramadan; a month marked by violence, from the attack on the Pulse nightclub in Orlando, to the bombing of Istanbul’s Ataturk international airport. It is in this context of gross violence that I locate the actions of the latest UN Human Rights Council. It is in this context that I would locate the broader struggle for the rights of LGBTI people. It is here that I ponder about the resolution on SOGI.

1 thought on “The UN, seen from Khayelitsha: Guest post”